“A clean production full of charm, against a background of darkness of the soul.” - Julien James Vachon

The single, Oh Lord Hit It,  is one that demands close listening.  This is not something you turn on in the background as musical wallpaper, the Hooligans want your attention and sink in with their teeth like a needy dog.  First, there is something both old and familiar and yet new about their music.  They use live tracking recording techniques rather than the dry studio recordings that flood the airwaves these days which gives them a sense of being thrown back to the days of great studio recording during the 60s and 70s, where a great take is about energy and feel, rather than a hermetically sealed recording that’s been biogenetically engineered to be sonically castrated.  That in itself, is unique in these days of digital recording.  The drums are present and upfront, energetic and dominant in the track and Meg uses an electric baritone ukulele (one of the few that are in existence) to create wailing tones of fuzz that sound kinda right and kinda wrong.  She creates a groove in the pocket to Strontium’s frenetic percussion which has a depth to its tonal variety and is reminiscent of great Latin drumming. The lyrics are sparse because the groove tells the story, but Meg gets straight to the point by telling you that you’re “always fucking it up.”

Everything about this band is a bit of a throwback to a bygone era but it is infused with storytelling that is of our time. Meg imagines the life of a disenchanted dilettante, unhappy with her life choices who turns to the bottle to numb the pain.  No matter what she tries, she is always messing up her life, and it would be sad if the refrain wasn’t so damn catchy.  The lyrical melody line makes it impossible for the verse to feel tragic, so it’s almost as if there is a happy resignation to the plot, the way we commit ourselves to rooting for evil characters that we can’t help liking.

Oh Lord Hit It is the second single from their upcoming sophomore album, Turntable Tribulations, due out in October. It was recorded in the basement of Piety Street Publishing, mixed and mastered by Jon Huxtable of Smallfish Recordings, and was produced by Mr. Strontium.

Good Morning Micro Man is the first single from The Margaret Hooligan’s upcoming sophomore album, “Turntable Tribulations”, due out in October.  It’s an exploration of the Silicon Valley type, the billionaire who micro-doses LSD to his own financial gain, rather than to seek enlightenment.  The sound is both familiar and unique, and the strident driving riff, combined with uplifting vocal harmonies during the chorus are reminiscent of early Who songs like Happy Jack or T-Rex's 20th Century Man.  Good Morning Micro Man is a peppy, proto-punk pop song with a nod to the past and its eye on the future.

Good Morning Micro Man will be available on all streaming platforms, the band’s website and Bandcamp on Friday, April 8th, 2022.  The band is planning to release a new single from the album every month from April through September, with the full album release in October. A limited release of CDs will be available in October.

Good Morning Micro Man was recorded in the basement of Piety Street Publishing, mixed and mastered by Jon Huxtable of Smallfish Recordings, and was produced by Mr. Strontium.

Featuring two new singles, as an outmoded release concept with an "A" and "B" side from the good ol' days of vinyl, The Margaret Hooligans have released single Betting on the House and Daytime for Blanche.

Betting on the House is a straight ahead party banger with whimsical melodic licks, fuzz tones, and dirty drums.  It is an energetic love song that listeners have called, "part Melvins, part Veruca Salt" and a "triple shot of espresso."

Daytime for Blanche is mostly vocals and drums, with an electric baritone ukulele thrown in at the peaks of the song. It is a cry to arms during one of the most existentially exhausting periods in recent memory. Written in response to the murder of George Floyd and the ensuing protests and riots, it is full of emotion, dread, and resignation.

Recorded in the basement of Piety Street Publishing, mixed and mastered by Jon Huxtable of Smallfish Recordings in the UK, and produced by Mr. Strontium.

Link to Betting on the House in the button below. Click the photo for the link to Daytime for Blanche.

Soulfather is a tribute to the late great James Brown and his amazing dancing skills.  Featuring gritty electric ukulele riffs against driving drum beats and glowing vocal harmonies, it tells the story of a young child who wants to dance like James Brown, but struggles with her courage.  Its catchy garage rock hook will remain in your head long after you've listened and you will find yourself dancing in your kitchen in spite of yourself.

Recorded in the basement of Piety Street Publishing, produced by Mr. Strontium, mixed and mastered by Jon Huxtable of Smallfish Recordings in the UK.

Funky Quebec City gives voice to the women who came before #MeToo. With a catchy intro riff and galloping drums, it speaks to the way in which girls and boys have been raised differently, and how courageous women have broken through in spite of that repressive upbringing.

Recorded at Piety St Publishing, mixed and mastered by Jon Huxtable at Smallfish Recordings in the UK. Produced by Mr. Strontium.

The Margaret Hooligans’ debut album, “BoomBox Blasts” is a compilation of songs written both before and during the early part of the pandemic during the lockdowns of 2020. Julien James Vachon, of DirectActu called their first single, Going to a Yo Yo Ma, “A clean production full of charm, against a background of darkness of the soul.”

Meg Cratty (electric ukuleles/lead vocals) and Mr. Strontium (drums/percussion/teapot/back up vocals) formed the band in August of 2019 as a marriage of convenience since they live together.  Having played music separately in different acts, Mr. Strontium was the drummer for 90s grunge/alt rock band Latimer, God Fights Dirty, Sadler, and Persona and Meg was part of the ukulele/cello duet The Dirty Hillers, it was a natural fit to see if they could adapt their separate styles to create something new.

Of the album, Meg Cratty says, “We approached that scary situation (the lockdowns) with as much levity and absurdity as we felt necessary, believing humor to be our most viable coping mechanism. Because anger and fear was definitely an undercurrent, there is a tension between making fun of the situation and aggressively trying to draw the monster out from beneath the bed. These last few years have been a lot to process, and I think our work is touching on the frustration that has been building.”

The pandemic has prevented the band from being able to play live shows.  In the meantime, they have recorded more than 30 songs, and have plans for two single releases in January and February of 2022 and will be having their second album mixed and mastered in the coming months.

“BoomBox Blasts” was recorded in the basement of Piety Street Publishing, mixed and mastered by Jon Huxtable of Smallfish Recordings, and was produced by Mr. Strontium. 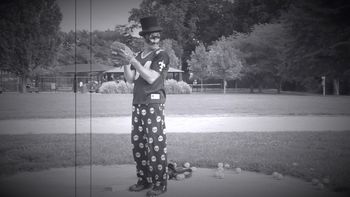 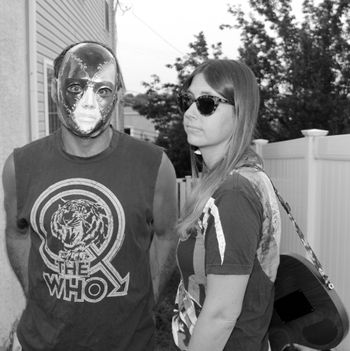 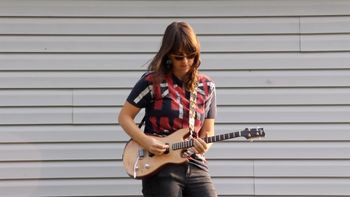 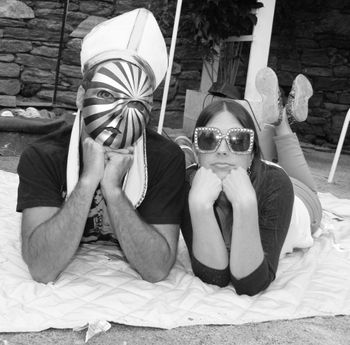 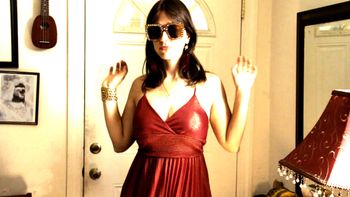 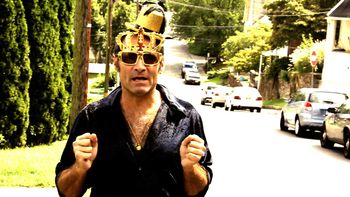 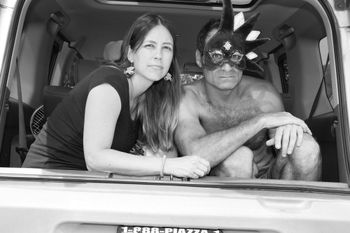 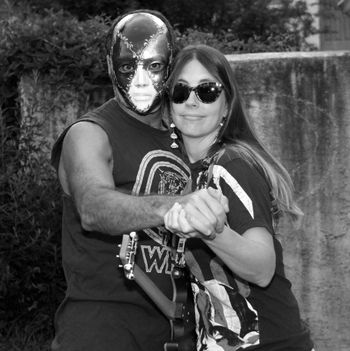